THE NEED FOR STANDARDIZATION IN THE HEALTH CARE SYSTEM IN GHANA

THE NEED FOR STANDARDIZATION IN THE HEALTH CARE SYSTEM IN GHANA 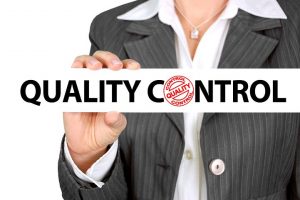 All things being equal, you should get the exact same experience in the same industry every single time. That is what standardization is about. If I fly Emirates or Delta or American Airlines fifty times, I should have no ordinary way of knowing which specific pilot was in the cockpit. The takeoff experience should be the same, and the landing experience should be the same too, all things being equal. You don’t want to board a flight not knowing what to expect. That is called standardization. The airline industry has almost perfected this art and science. Now I am not talking about whether they serve you potato or beans. As important as that is, that usually has nothing to do with whether you arrive safely at your destination (unless you have some kind of food allergy).

One important outcome of standardization is automatization – the elimination of discretion from the dispensing of a service.

For example, no matter the cook, kitchen hand or chef in a McDonald’s, a hamburger at McDonald’s will taste the exact same way. This is so unlike your local bread baker – one day the bread is soft and tasty, and the next day the bread is half – burnt, depending on the mood of the baker.

Whereas such discrepancies can be acceptable when it comes to bread, in terms of health care it could mean the difference between life and death. If a patient presents to two different facilities with the same complaints at the same time (if that were possible), the clinicians at both places should be able to come to the same diagnosis or diagnoses. Otherwise, one of them is wrong. It’s that simple.

That is called standardization. God is the architect of standardization. A second has the same value in Accra as it does in Beijing, Sydney, and New York City. If it weren’t so, there would be no way to compare various athletic competitions held in different cities at different times.

The Airline Industry understands this very well. A typical preflight checklist consists of well over 30 items for the pilot and crew to check before takeoff. A Boeing B-17 prototype crashed in Dayton, Ohio, in 1935. The pilots, both of whom were killed in the crash, had “forgotten” to disengage the gust locks before takeoff. The result was costly for Boeing and the pilots’ families. The management and engineers of Boeing introduced the checklist into their operations. Checklists have since become the industry norm in aviation. The industry figured that it was simpler to have it written and checked off every time than to rely on the pilots’ good intentions.

In 2014, a Gulfstream IV crashed during takeoff at Bedford-Hanscom field in Massachusetts, killing all four passengers and three crew members. It was found that the crew had failed to disengage the gust lock. Not only that but if they had run a preflight control check, they would have found out that the gust lock was still engaged. In fact, in that case, the National Transportation Safety Board found out from the plane’s records that 98 percent of the plane’s previous 175 flights were conducted with incomplete flight control checks. Further studies also found out that many business jets conducted only partial control checks before takeoff – a significant 15 percent of them. About two percent actually performed no checks whatsoever.

These numbers are much better where commercial airlines are concerned, because of tighter regulatory controls. In fact, it is the introduction of these standards, coupled with innovation, which has made flying the safest mode of transport. If automobile drivers would engage the same level of seriousness to their trade, traveling by road for many people would be much safer.

According to Investopedia, Standardization is a framework of agreements to which all relevant parties in an industry or organization must adhere to ensure that all processes associated with the creation of a good or performance of a service are performed within set guidelines. This ensures that the end product has consistent quality and that any conclusions made are comparable with all other equivalent items in the same class.

In essence, where standardization is applied, the quality of a good or service should not vary widely from point to point.

Many of us have had various experiences with healthcare providers. We have our favorite and least favorite doctors and nurses. Now, where proper standardization is in place, you should not be too worried whether or not your favorite health worker is on duty, because you will get the same quality of service from whoever is on duty.

The Health Sector has embraced some degree of standardization, especially when it comes to the field of surgery. Properly ran operating rooms use checklists. There is very little room for assumption, right from the proper identification of the patient, to the signing of consent forms, to the draping of the patient, to the type of incision, to the manner in which knots are tied.

Other fields within the health sector need to begin to adopt similar systems in order to enhance the quality of healthcare delivery. For example, instead of leaving the management of the patient to the discretion of the practitioner, some things need to be standardized. These industry standards do exist but are not being practiced universally. Because of this discrepancy, a patient with the same complaints will get two very different management systems from two hospitals a few blocks from each other. Whereas the specific treatments may differ from practitioner to practitioner, the diagnoses should not. A patient who presents with diarrhea and vomiting to a hospital, for example, should always have their electrolytes checked and corrected, in addition to being rehydrated. A diabetic patient who reports for review needs to have their eyes checked as a matter of protocol. Their urine should be checked for microalbuminuria.

Even though various checklists have been developed over the decades by various reputable bodies, many health professionals still rely on their own discretion in the management of patients, with the inevitable results of inconsistency and unreliability in the delivery of health services. One study conducted in Sub-Saharan Africa revealed that eighty percent of anesthetists said they did not know about the WHO surgical safety checklist or did not use it.

There are algorithms that have been developed, tested and found to be effective. It will pay a great dividend to both service providers and patients alike if service providers begin to actively make use of these checklists. There are internationally accepted guidelines for the management of virtually any condition under the sun. This does not mean that a certain outcome is necessarily guaranteed, but it does largely eliminate avoidable errors. In the United States, hospital errors are the third leading cause of death, after heart disease and cancer. That is a whopping 250 000 people dying out of medical errors. In Ghana, the statistics are not available for obvious reasons, but you can take a good guess.

You see a checklist ensures that you don’t miss anything important.

An auto mechanic who uses clearly developed checklists to diagnose his cars and solve problems will outperform a very brilliant mechanic who simply relies on his guts. That is why McDonald’s is a globally successful restaurant business, and your neighborhood eatery is struggling to stay afloat.

An “average” doctor who meticulously sticks to proper industry standards and uses checklists judiciously will deliver greater value to his patients than one who relies on his instincts alone. It is time that we fully embrace the use of timesaving and lifesaving standards in the health sector. 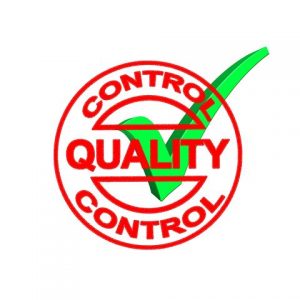